I’ve been given the opportunity by Alan Paine Country Clothing to write a weekly blog through May on my shooting experiences. A shorter version of the below post is on the Alan Paine Blog:

On Wednesday night, I went along to my first Sporting Clay league shoot at Thimbleby (my local ground). I shot 9 clays out of 25 which on its own doesn’t mean much (and doesn’t sound very good) but for me it marks the start of next stage in my shooting journey.

This time last year my shooting know how was limited to watching my husband, occasionally loading for him but mostly stopping our lab Poppy from running in during the drives. I had had the odd go under his instruction but the kick back from the wrong size gun with big cartridges really does hurt (even he admits this wasn’t a clever way to start shooting). But a chance prize draw entry got me a place on the 2016 National Ladies Shooting Day last June. This was my first “Shotgun & Chelsea Bun club” experience and marked my shooting epiphany.

NLSD16 for me was a beginner’s lesson with a group of 8 equally novice (and nervous) ladies. With the right gun and cartridges (21-gram not my husband’s 32-gram game cartridges), I found shooting clays didn’t (and shouldn’t) hurt. I hit some clays and caught the bug.

My progress from that day to now has been via some fantastic ladies’ clay shooting days organised by the Shotgun & Chelsea Bun Club and some rough clay shooting with family. My 2016 Christmas present was a Browning 525 and the Valentine’s Day arrival of my Shotgun license sadly eclipsed my husband’s efforts this year. A steep learning curve so far but without doing something else, I don’t think I’m going to improve quickly enough for the bigger shooting events I’d like ultimately like to try.

Consequently, on Wednesday night I found myself nervously standing amid several groups of (mostly) men, taking my turn to shoot at 5 clays on 5 different stands. Comfort zone nowhere to be seen.

So, what did I learn on my first night?

Yesterday was a beautiful sunny day, like a total fool, I didn’t take a coat or gloves. Just a light jumper and gilet, gun and cartridge bag, bits & bobs in pockets, I felt streamlined and good. Thirty minutes in and the sun had gone, an icy wind picked up and I was freezing.

♥ I’ve learned I need to at least put some extra kit in the car. Not sure what that kit needs to be yet though.

I knew that there would be people at each stand watching as I shot and yes this makes me nervous. What if I cock up and do something stupid like trip over? What if I hit nothing? What if they all start laughing? This is all running about in my head before I hand my scorecard in and join the queue for each stand. It’s putting me off before I even start. It’s so obvious and everyone always says it but no one is really watching you. Everyone is in fact mostly thinking about their turn. Where are the clays coming from? How fast? Where do you need to be in the stand?

♥ I know I need to get better at blanking my mind out at who might be stood behind me.

Ok so some people are watching you shoot, at the very least the one marking your scores! I was very open about my novice status – which did mean I got advice at most of the stands. All of it well meaning, but to me mostly confusing. I can’t equate “give it an extra foot” to where in the sky around the clay I should shoot. Tips of “shoot at its feet” or “aim to the right/left” are a bit more helpful but I still just tried to shut everything out and pretend I was on my own.

♥ It’s well meant, but there is only 5 clays at each stand so not enough time to really process advice. I need a lesson with an instructor who can explain clearly where I’m going wrong.

So, I’m taking my 9/25 as a pretty good start and a baseline score at Thimbleby which I hope will improve over the summer.

Next week it’s an away match with the Duke of Wellington. Shooting at a different ground on clays I’ve not been able to practise on will be interesting. But I’m hoping there will be some familiar Bun club faces there even if they are shooting for the opposing team. I will certainly be making sure I wear some thermals, take my coat & gloves and get my head in the right place nerves wise before I shoot!

Before then I’m aiming to get to the Northern Shooting Show in Harrogate this Saturday and see what Ladies shooting kit is out there now.

Just to note: I’ve included some links in the above post but apart from having my blog post featured on the Alan Paine site, I’m not being paid or sponsored by any of the groups mentioned above. These are all my own opinions and experiences!

2 thoughts on “Moving out of my comfort zone…”

First snowy morning (wishing it was the lady #hate snow)
Beautiful morning!
When you can’t make your mind up! Good job we have his new pair for tomorrow! @shuttlesocks #letmebeme
It was past 10pm but he still had to show me his latest drawing, in particular the differences between the two tractors #tractormad #gotosleep
Just when you think you don’t have enough toy tractors 😂 This apparently is for essential jobs like driving round the field and taking to the local show once a year 🙄. Oh and making Christmas come early for some! Three boys very happy with their new toy 😊 #fordsonmajor #tractor #buyitlifeisshort #whereismytoy
September Raspberries in the evening sunshine - does it get any better? 😎
“It’s Friday so it’s @shuttlesocks grouse socks Mum!” 🤦‍♀️🤷‍♀️🤪 This pair have already done one school year so several Fridays (& Mon/Tue/Wed/Thurs) - whatever helps to get them into school!
Last ball of 2019 🏏🍃🍃🍂🍂🍁🍁🍁#sandsend #beachcricket 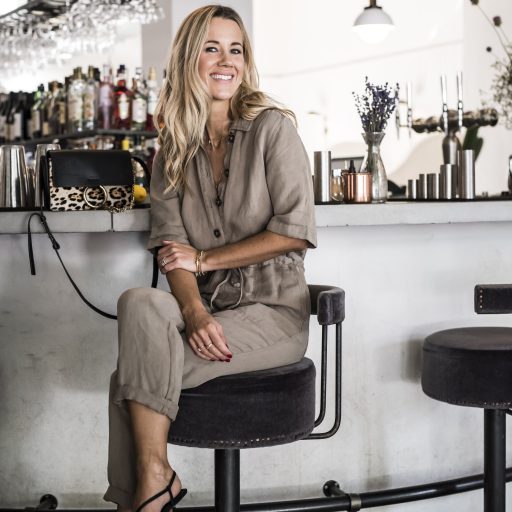 Cooking up Wartime Recipes to Save Money & Lose 100 lbs in Weight!

gracingthefield.wordpress.com/
Kate In The Country

A girl and her gun

Chloe Loves To Shop
Notes From the Countryside

The mumblings of a girl living in the English countryside

Lucy Of All Trades

..master of none but having fun trying!

The Art and Craft of Blogging